24H SPA EWC Motos – Successful Testing: – The return of motorcycle endurance racing to Spa-Francorchamps (Belgium). The 24H SPA EWC Motos comes on the first weekend in June from 2nd to 5th marks the second event of the season in the FIM Endurance World Championship (FIM EWC) 2022 and are also the home race for the BMW Motorrad World Endurance Team headed by Team Manager Werner Daemen.

In preparation for the 24-hour race, the BMW Motorrad World Endurance Team on the Ardennes Rollercoaster took part in two days of training at the Circuit de Spa-Francorchamps on Tuesday and Wednesday. The team, with bike riders Markus Reiterberger (German), Ilya Mikhalchik (Ukraine), Jérémy Guarnoni and Kenny Foray (both French), worked on various electronics and chassis solutions for the #37 BMW M 1000 RR and completed some wide-ranging tyre tests.

The BMW Motorrad World Endurance Team riders also had the opportunity to familiarize themselves with the Circuit de Spa-Francorchamps. The testing was a success with the BMW Motorrad World Endurance Team proving just how fast the #37 BMW M 1000 RR can go. On both days, the riders not only set the fastest times but also new lap records; on Tuesday with a time of 2:20.887 minutes  and on Wednesday with 2:20.344 minutes. Both times were set by Reiterberger.

Reactions to testing at Spa-Francorchamps.

“The test went really well. We set the overall fastest lap time and also the average speed was really good. We tested a lot with tyres, brakes and everything and to be honest, it looks good. But now we have to make the same in the race. The race pace was good. We had very hot weather, it even was a bit too hot for our bike, but that’s okay. It was a good preparation for the race.”

“That was some excellent testing, with fastest times and new lap records. I felt really good from the very first lap. We completed a comprehensive testing schedule. However, the circuit is challenging and provides so many variants and lines that we riders had to get used to it all first. We improved lap by lap, and at the end of day one I was able to post a new lap record with 2:20.887 minutes. We then did even better than that on the second day. I am very happy, particularly because my pace on used race tyres was very good. The team did a fantastic job. I am certainly feeling very confident. The circuit is superb, our motivation knows no limits and we are all set for the race.”

“The test was quite okay. Actually, I did not have my best feeling on the bike because I still don’t know the track 100 per cent and need a few more laps and more time on this track, but we will have the time for that during free practice in the race week. Overall, the team did a good job. The bike is really good and now I am looking forward to the race. Let’s fight for a top result and enjoy this beautiful circuit!”

“For me, it was the first time riding at the Spa circuit and it was a great experience. The track is really nice, completely amazing, but it is not easy to get fast. I am quite happy with the lap time I did and of course I still can improve a lot. The bike was really good, especially for a stint and also the tyres worked really well. So we will try to further improve in the race and give our best.”

“For me, it was a short test but I was happy to ride here because it is always great to ride at Spa. The bike is ready, everything is ready, so now I hope that the team can get a good result in the race.” 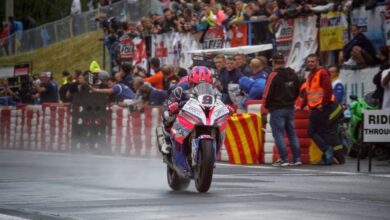 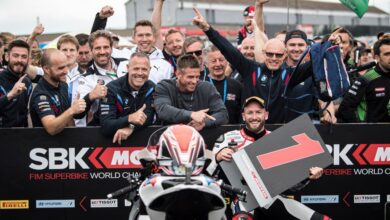